The Small Chemical Business Division of the American Chemical Society has been selected as a finalist for the following ChemLuminary Award(s):

-Jennifer Maclachlan, Public Relations Chair, SCHB
at May 19, 2016 No comments:

The Northeastern Local Section of the American Chemical Society has been selected as a finalist for the following ChemLuminary Award(s) on Tuesday August 23, 2016 in Philadelphia, PA:


The 2015 self-nominations for the ChemLuminary Awards were an exemplary team effort led by 2015 NESACS Chair, Kathy Lee. The events showcased in our section's nominated events as well as those that made it to the finals, were led by a diverse group of NESACS leadership that engaged the greater NESACS membership and beyond in Local Section Activities.

Dr. J-Lo: Admiration and gratitude for a friend and mentor 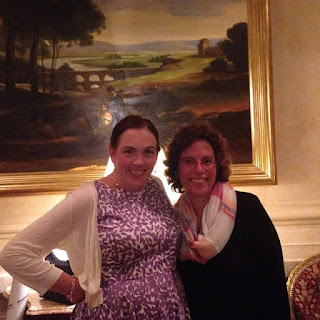 Four times in the past seven months I have given presentations on science outreach: Rochester Local Section of the American Chemical Society, Pacifichem, the Materials Research Society and the American Chemical Society Publications webinar. In each of these presentations I told the story of how I got started with my science outreach in my own community of Cape Cod. This is story of being connected to my Northeastern Local Section of the American Chemical Society (NESACS) National Chemistry Week Coordinator who became my friend and science outreach mentor. I met Christine Jawork-Lopes at the October 2010 meeting of NESACS. The guest lecturer that evening was Al Hazari, who became another inspiration for me. I'd gone to the meeting that night to ask the Chair to sign my science café funding proposal for International Year of Chemistry mini grants. My proposal was well received and I committed to organizing not just one but four science cafes during the International Year of Chemistry 2011! I'm easily convinced and up for a challenge-it's just my personality. Christine or Chris as we call her at NESACS, gave me some materials to get me started for a small-scale hands-on activity I was planning to do at a local after school program at the Cape Cod YMCA the following week. This is what sparked our friendship and subsequent mentorship. Once I found out that her students at Emmanuel College call her 'Dr. J-Lo' I did, too. 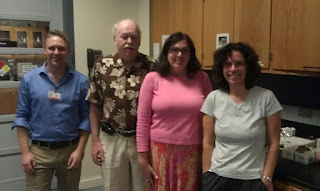 I attended Dr. J-Lo's National Chemistry Week (NCW) 'prep day' at the Museum of Science Boston in 2011. Not only was it awesome to use their labs, who doesn't love to see what's 'behind the curtain', but I 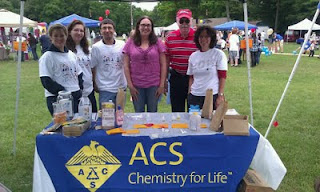 was impressed by her level of dedication and attention to detail-having the volunteers run all the experiments in advance to avoid any issues at the NCW event.

The 'aha moment' for me was Hanover Day in 2011. Dr. J-Lo had booked a table at this annual civic event held on a field where local vendors and the like, showed their wares. At our ACS tables, we showed chemistry! It was an unexpected and delightfully received experience and it made me realize that you can do science outreach any where. All you need is a tote bag of materials, a table and a table cloth! 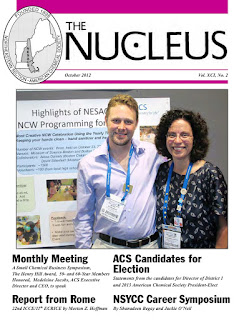 In 2011, Dr. J-Lo and her team at the Museum of Science Boston and the Boston Children's Museum, developed chemistry activities related to kids health that won NESACS a Chemluminary award (awarded in 2012 for the 2011 activity) for the 'Most Creative National Chemistry Week Celebration Using the Theme'. See the cover of the NESACS Nucleus (right) and read the article here: http://www.nesacs.org/pub_nucleus/2012/Oct2012.pdf 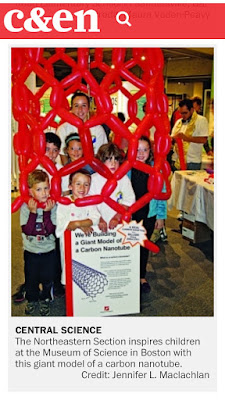 In 2012, Dr. J-Lo asked me to come take photos at NCW. The theme was Nanotechnology and her show-stopper was a Carbon Nanotube model. She joked that if I couldn't get this photographable moment into Chemical and Engineering News then we'd never get anything into it! Ours was a sure winner and we made it into the highly competitive NCW roundup (see left). 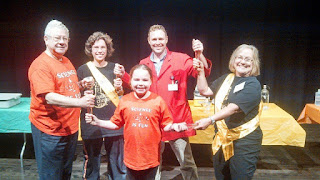 A truly pivotal moment in my science outreach was participation in the American Association of the Advancement of Science Family Science Days in 2013. I'd obtained an Innovative Project Grant on behalf of the ACS Division of Small Chemical Businesses to conduct an Entrepreneurial Career Workshop. Encouraged by a fellow ACS colleague, George Ruger, to reserve an outreach table at the event, I obliged. Dr. J-Lo connected me up with her contacts at the Museum of Science, who provided materials and personnel and this combination coupled with my father's colleagues from Suffolk University allowed us to forge a formidable relationship with the Boy Scouts. This is what led to our Chemluminary award winning 'Wicked Cool Autumn Welcome' with the Cape & Islands Boy Scout Council of America. This successful Cape Cod NCW event was the precursor for 'STEM Journey' which will, in 2017, mark it's fourth consecutive year. 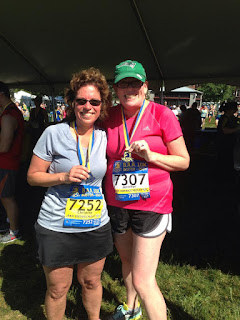 Part of my attraction towards Dr. J-Lo was that she too, is a working mom who volunteers for her professional society. Our kids are the same ages and have similar interests such as sharing in their mother's science outreach events and Girl Scouts. Additionally we found ourselves with similar hobbies, like running for instance. We met up after  we'd both run the Boston Athletic Association 10K in 2014 to take a photo and show off our '10K bling'. At the Fall National Meeting of the ACS in 2014 we  ran on Saturday morning and again at the same meeting for the ACS Younger Chemists Committee 5K. 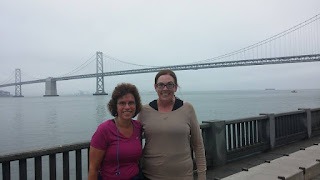 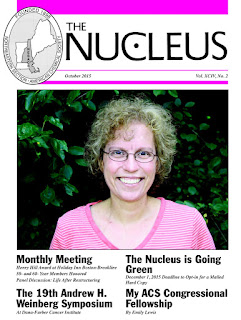 I am so grateful to Dr. Jo-Lo for being such an enthusiastic supporter of my science outreach efforts both on Cape Cod and for the last five years at the Cambridge Science Festival. Without her early and continued support I would not have been able to develop my outreach niche. 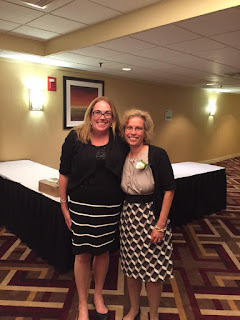 It was such a pleasure to see Dr. J-Lo receive the Henry A. Hill Award in October 2015. There are very few people who embody the spirit of Henry Hill in leadership, professionalism and outreach and my dear friend and mentor, Dr. J-Lo certainly do. Dr. J-Lo is a true Chemistry Ambassador. Read more about this award and the amazing Dr. J-Lo here. 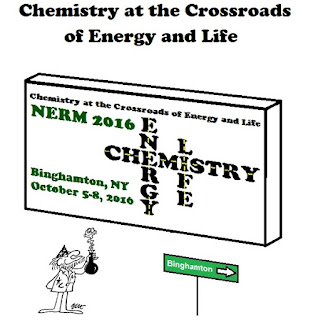