Leveraging Social Media to Educate the Public About Sustainability Practices 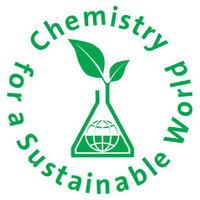 Day and Time: Monday, March 14, 2011, Afternoon
Room Red Area on Exposition Floor - Hall B, Aisle 400
Social Media is an incredibly powerful tool that connects people globally. This poster will illustrate the importance of each individual social media vehicle (Pittconnect, ACS Network, Facebook, Twitter, Linked-In and Blog). Trends have shown that people become proficient in one particular medium and focus their time and energy honing that skill. In order to perform effective outreach with a consistent message about green chemistry and sustainability practices the message must be channeled through each social media vehicle individually. The American Chemical Society Sustainability Engagement Event Group 7 presented a proposal to the ACS Committee on Public Relations and Communications at the Boston National Meeting asking them to adopt a social media plan to create a positive buzz campaign throughout the International Year of Chemistry. This poster will document this process starting from the San Francisco ACS national meeting in 2010 and take it up to the present moment for the Tweet-Up plans at Pittcon 2011. 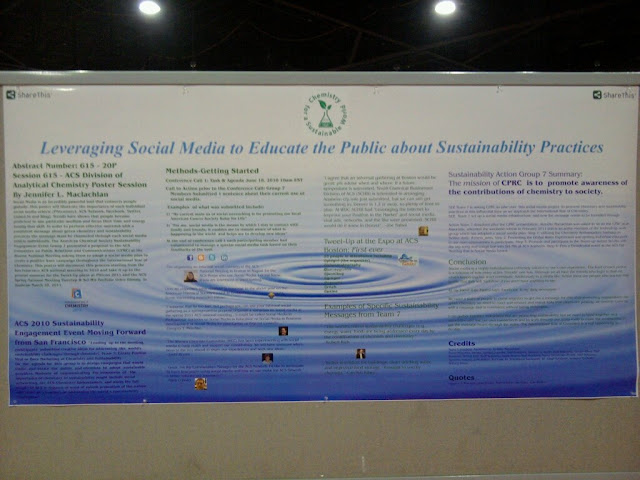 PID Analyzers Is Seeking Distributors for all Product Lines 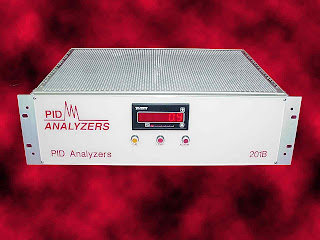 PID Analyzers manufactures sensors & analyzers for air, water and process applications and sells these products worldwide. Our sensor technologies include photoionization, infrared, electrochemistry, catalytic combustion, flame ionization, capacitance, thermal conductivity, process gas chromatography. Many of our analyzers are multifunctional and include multiple technologies. The parameters measured include: VOCs, O2, H2O, fixed gases, SO2, NO2, NO, CO2, formaldehyde... at ppb to % levels. We have analyzers for lab, field and fixed/continuous applications. We are currently seeking worldwide distribution of our products. Kindly send credentials via email including: how many sales people, how many service people, number of locations within a territory and other product lines that you carry. Help us fulfill analyzer demands in your territory.
at October 24, 2010 1 comment:

I attended my first local section meeting of the  Northeastern Section of the American Chemical Society (NESACS)  on Thursday October 14, 2010 at 5:30pm in the evening at Emmanuel College in Boston, MA. The purpose of my attendance was to meet the leaders of my local section in preparation for the Science Cafe I am planning to host on Cape Cod in January 2011 as an International Year of Chemistry kick-off event and to get some ideas for my own celebration of National Chemistry Week on Thursday October 21, 2010. I met the National Chemistry Week (NCW) coordinator, Christine Jaworek-Lopes who gave me hand-outs for my NCW event and other chemistry related goodies for the children.
I had exchanged some emails with both Dr. John McKew, Chair, Northeastern Section ,
presiding and Dr. Morton Hoffman about my Science Cafe plans and was eager to meet them in person. The best part is that Dr. Morton Hoffman was my father, Dr. John Driscoll's Master's thesis adviser at Boston University. We thought it would be fun to take a picture of ourselves and email it to my father from the meeting (it was fun).
Just before dinner I found Dr. Doris Lewis of Suffolk University and we discussed the upcoming Science Banquet at Suffolk University in 2011 which she and my father are working on together. My father is tasked with the Suffolk Science Alumni outreach. Dr. Lewis encouraged me to participate in the technology table and showcase the work that we do with Suffolk students.

The thirty-first presentation of the Henry A. Hill Memorial Award for outstanding contributions to the Northeastern Section of the ACS was given to Thomas R. Gilbert.
The address "Show Me the Chemistry" was given by Dr. Al Hazari, Director-Undergraduate Chemistry Labs and Lecturer, University of Tennessee at Knoxville. Dr. Hazari exhibited a contagious enthusiasm for chemistry and the support for chemistry education at the elementary and high school levels. As an NESACS kick-off to National Chemistry Week 2010 speaker, Dr. Hazari definitely inspired those of us who are bringing chemistry to the K-12 children this week. 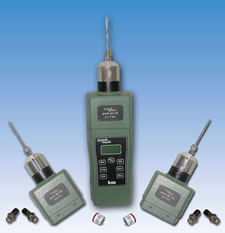 Barnstable residents, John Driscoll and Jennifer Maclachlan, a dynamic father-daughter team who own and operate PID Analyzers, LLC are in the process of moving their family business, PID Analyzers, LLC to the other side of the Sagamore Bridge this Friday October 22, 2010 to 2 Washington Circle, Unit 4, Sandwich, MA. A secondary operation of PID Analyzers will be opening in Quincy, MA at the end of the month to retain their key employees involved in the specialty glass and sensor manufacturing portion of the business .

John Driscoll started the business as HNU Systems, Inc. in 1973 in Newton, MA as an incredibly talented chemist and innovator credited with commercializing the technique of photoionization and in 1976 utilizing his research and expanding the photoionization detector (PID) product development and applying it to gas chromatography-it was found that the PID when used with a gas chromatograph (GC) is 50 more sensitive than the accepted technology available in the 1970's: the flame ionization detector (FID).  PID Analyzers still uses HNU for their web address since HNU stands for the energy of the photon think Physics where: h is Plank's constant yielding the Greek symbol "nu" which initiates the photoionization process.

The PID is written into many Environmental Protection Agency (EPA) and Occupational Health & Safety Administration (OSHA) methods for soil, drinking water and worker health and safety. PID Analyzers are sold worldwide including the rapidly growing Chinese market where worker health and safety has become a major concern.
at October 20, 2010 No comments:

Accepted Research at Pittcon 2011:
J.N. Driscoll and J.L. Maclachlan
PID Analyzers LLC
Abstract Number: 180 - 18P
Session 180 - New Developments in Analytical Instrumentation and Software
Day and Time: Sunday, March 13, 2011
5:30pm-7pm Room 412A Georgia World Congress Center
A number of cities in the US have problems with high levels of Ozone and/or photochemical smog including LA, Denver, Houston and even Boston. This phenomenon, while observed in the LA Basin area since the 1950’s, is still not well understood. Fixed monitoring stations have been established for several decades but this has not helped understand the ozone/photochemical smog formation problem. A portable analyzer could provide more valuable data to help solve the problem.....
We have developed a portable analyzer  for monitoring three of the pollutants that contribute to photochemical smog formation. namely: VOC’s, O3, ,NO2. The analyzer incorporates a photoionization detector (PID) that measures VOC’s down to 1 ppb, and electrochemical sensors for ozone (10 ppb) and nitrogen dioxide (20 ppb). 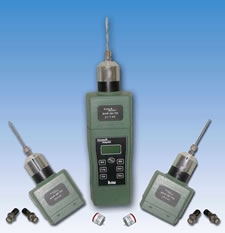 The VOC’s & NO2 were calibrated with permeation tubes. Toluene was used as the calibration gas for VOC’s. A zero gas generator was used to remove ppb levels of VOC’s, NO2 & Ozone from the ambient air for calibration. The ozone sensor was calibrated with an ozone generator. The analyzers were accurately calibrated over the range from low ppb to 1,000 ppb
The analyzer can store up to 20,000 points of data For 3 channels taken every 5 seconds for 24 hours this is 864 data points or 23 days of data. The normal operating time on a continuous basis is about 12 hours. If we could switch the PID duty cycle to 10 %, and increase the size of the battery, we could get nearly three weeks of operation off a full charge. Thus the analyzer could be used to spot check, leave for 12 or even three weeks.
We will evaluate the precision & accuracy in the lab and field as well as comparisons with a continuous monitoring networked for the same pollutants.
at October 13, 2010 No comments:

Accepted Research at PITTCON 2011
J.N. Driscoll
PID Analyzers, LLC
and
Suffolk Univ. Boston, MA
And
J. Kochocki,
Draper Labs, Cambridge, MA
Abstract Number: 180 - 19P
Session 180 - New Developments in Analytical Instrumentation and Software
Day and Time: Sunday, March 13, 2011,
5:30PM-7PM Room 412A Georgia World Congress Center
The primary goal of this project was to set up a triplex system of sensors and wireless motes to monitor a room sized Habitat and demonstrate stability of the information in the event of single system failures of different types. A secondary goal was to have the same system of sensors in place on a Rover and wirelessly transmit the data through a system of relay motes back to the base computers in the Habitat with redundant relay motes allowing for single mote failures anywhere in the relay chain.
The sensors used are temperature, carbon dioxide (dual beam IR), oxygen (electrochemical sensor), and pressure. Crossbow motes of three different frequencies (433 MHz, 900 MHz and 2.4 GHz) are wired directly to the sensors and broadcast the data to base motes of the corresponding frequency connected by USB to laptops.
If a single computer fails, then all data for all sensors are still present in two other computers. If any individual sensor fails, two other sensors of the same type are still present in the Habitat and providing data on that particular parameter. Each sensor data is transmitted wirelessly over three separate frequency channels, so if one transmission channel fails, two others are still available for transmission of the data for that sensor. If a single mote fails at any relay point there are nearby motes of that frequency to relay the data to the base computers.
The triplex system of sensors worked well with the wireless motes inside the habitat. Fault tolerance for one fault in a particular type of sensor was demonstrated both by observing spurious wireless transmissions and also by deliberately injecting faults into the sensors. Additional details of our testing of the Habitat and the Rover system will be discussed in our presentation.
at October 13, 2010 No comments:

How I Am Celebrating National Chemistry Week October 17-23, 2010

As an American Chemical Society (ACS) member volunteer through their Chemistry Ambassadors Program I am preparing to celebrate National Chemistry Week October 17-23, 2010 by reaching out to children in my local community in grades K-8 to "show them the chemistry". I've already scheduled my presentations on Thursday October 21, 2010 at my local YMCA After School Enrichment Program which will allow me to conduct age appropriate chemistry experiments with a K-8 audience. The ACS has excellent resources available for other chemistry folks out there who also want to share their love of chemistry in their community and educate the young chemists in grades K-12. Check it out:  http://www.acs.org/chemistryambassadors
How will you celebrate National Chemistry Week?
at October 13, 2010 No comments:

Accepted Research for PITTCON 2011: http://www.pittcon.org
J.N. Driscoll PID Analyzers LLC and P. Smith of
Univiformed Services Univesity of the Health Sciences
4301 Jones Bridge Road
Bethesda, Maryland 20814
Abstract Number: 180 - 20P
Session 180 - New Developments in Analytical Instrumentation and Software
Day and Time: Sunday, March 13, 2011 FROM 5:30PM-7PM
ROOM 412A GEORGIA WORLD CONGRESS CENTER
Field environmental labs are typically pressed to reduce cost, provide rapid sample turnaround and analyze large volumes of samples. One potential solution to this dilemma is to utilize fast GC columns in a portable GC like the PID Analyzers Model GC312. What is a FAST GC column? There are several types: First, a FAST GC column is shorter and has a smaller internal diameter than a standard GC column A second approach involves using a 25m x 0.32 mm ID, 0.25um film thickness that is resistively heated and can be programmed at a much higher rate than conventional ovens. It can also be cooled faster since it has a very small thermal mass. This is the approach that we have taken. One of us (PS) used a fast GC method with a portable GC-MS for analysis of irradiated mail. 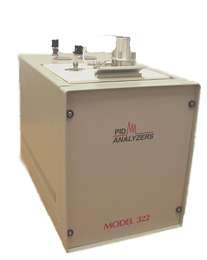 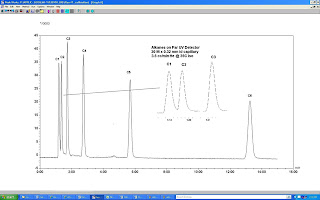