Please join the Greater Boston Mass Spectrometry Discussion Group (GBMSDG) & the Northeastern Section of the American Chemical Society (NESACS) on Thursday August 25, 2011 for a picnic in celebration of the International Year of Chemistry (IYC).

Bring your Family & Friends.
Featuring kid and adult friendly green-science experiments led by the Chair of the Mid-Hudson Section of the American Chemical Society. 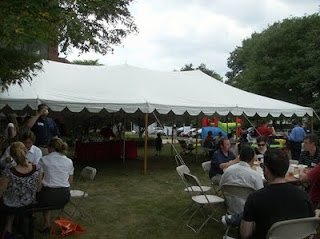 Register today for this social and educational event.
REGISTRATION LINK 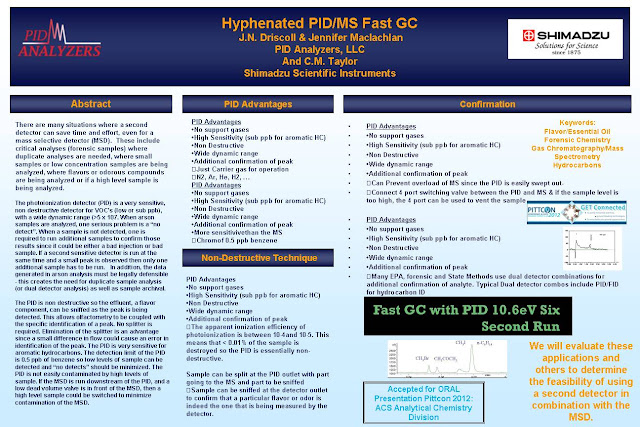 Earlier this Spring, I met my friend, Sut ie)  Satinder Ahuja at the American Chemical Society headquarters in Washington, DC during the Sparkle Local Section Public Relations Chair Training. I introduced Sut to my husband at the Saturday evening reception. They had barely finished shaking hands before Sut rushed off to the corner of the room to make a phone call from the hotel house phone. Maybe three minutes passed and then Sut's wife appears and a lively conversation about the adventures of the day ensues between our spouses who were left alone to explore the city whilst Sut and I were fully immersed in intensive PR training and too bad that they didn't know there were other spouses and that they could have gotten together and done some sight-seeing and were they both going to Denver? etc. The next morning at the breakfast meeting while chatting with our fellow trainees we discovered even more spouses had tagged along for the trip!


I had just flown into DC that morning still soaring from the success of my second Cape Cod Science Cafe in celebration of Q2 of the International Year of Chemistry where Dan Nocera of the Massachusetts Institute of Technology was my keynote speaker.  I was all geared up to speak on the subject of Social Media at Sparkle and surely couldn't contain my enthusiasm. Sut then told me about his upcoming symposium on the Sustainability of Water Quality at IUPAC in Puerto Rico. We exchanged contact information and I told Sut that I would utilize my social media vehicles to publicize his participation at IUPAC. I followed up with Sut when I returned to Cape Cod and now with the IUPAC conference looming near it is time to tell everyone about it. My intention was to  include Sut's information although now reading through the program information and seeing what an incredible line-up of speakers  that IUPAC has organized I would be remiss if I didn't mention that Dan Nocera was speaking, ACS President Nancy Jackson whom I had the pleasure meeting at the Northeastern Section of the American Chemical Society's February 2011 monthly meeting, ACS President Elect, Bassam Shakhashiri as well as seven Nobel Laureates each of whom are delivering plenary lectures! I can see that it is a true privilege to be included in this comprehensive technical program.
So I ask the question: Heading to Puerto Rico for the 43rd IUPAC World Chemistry Congress? Then here are some highlights (featuring Sut, Dan and Nancy of course) from the scientific program that are not to be missed if you are in attendance!

Sponsors: IUPAC Chemistry and the Environment Division (Division VI), ACS Division of Environmental Chemistry, and Global Innovation Imperative (Gii): A Program of the American Chemical Society and the Society of Chemical Industry
Abstract: Failure of safety measures relating to production, utilization, and disposal of many inorganic/organic compounds can cause contamination of water supplies. A number of water contaminants can also arise from the materials we use frequently. The symposium will address the following topics:
Global water quality issues
Monitoring contaminants in water
Remediation of various contaminants

Abstract: Over the years the representation of women in science, technology, engineering, and mathematics (STEM) fields has provoke worldwide discussion. Researches had offered possible explanations that include; education environments, lack of roles models, poor preparation and lack of encouragement in STEM subjects among others.  It had also been suggested that underrepresentation is mainly a cultural phenomenon and that policies can affect workforce diversity. With this in mind and providing an opportunity to recognize the contributions of women to chemistry a full day program at the 2011 IUPAC World Congress is proposed. The full day symposium will include discussion of statistics in different countries, possible causes of underrepresentation and the ongoing challenges that are faced worldwide. Each presenter will also discuss the attitudes, behaviors, opportunities and resources that lead to their success.
To support the objective of the IYC 2011 to celebrate the 100th anniversary of the Nobel Prize in Chemistry awarded to Mme. Marie Sklodowska Cure – the Play A Living History of Marie Curie by Susan Marie Frontcsak, Storysmith® will be presented.
Support from ACS groups: Women Chemists Committee (WCC), Young Chemist Committee (YCC), International Activities Committee (IAC), Committee on Minority Affairs (CMA), Committee on Chemists with Disabilities (CWD)
I will not be in Puerto Rico for this amazing conference whose theme is "Chemistry Bridging Innovation among the Americas and the World" but I will be in Denver at the Fall ACS National Meeting. Click here for information on the Denver Tweet-up (if you've brought your spouse to the meeting make sure to bring them to the Tweetup), follow along on Twitter using the #acsdenver hashtag and for specific location information on my poster presentations at the meeting: Cape Cod Celebrates the International Year of Chemistry and What's in the Air Now? Photochemical Smog Components in Air using a portable analyzer.
at July 20, 2011 1 comment: