Updated January 4, 2014:
This paper, Monitoring of Soil Gas Extraction and Soil Gas by PID and FID Analyzers,  has been published and is available for purchase by going to the ASTM International link here.

The photoionization detector (PID)  has been used for monitoring carbon beds in pump & treat operations for many years. One of the major applications has been cleanup of gasoline from groundwater and soil.  Initially a portable analyzer was used to check the VOC concentration once per week. The labor cost  was too high so a model  112 PID in a NEMA enclosure was selected to continuously monitor the output of carbon beds at a gasoline station.  The analyzer was set to alarm and turn off the pump when the concentration reached  4 ppm of hexane.  The alarm also triggered a cell phone call to the office to indicate a problem.  An 8GB USB data logger was used to store the concentration as a function of time and the site was visited only once a month to collect data and calibrate the analyzer. To meet  the very low action level set by the local environmental authorities, only a continuous analyzer could be used. 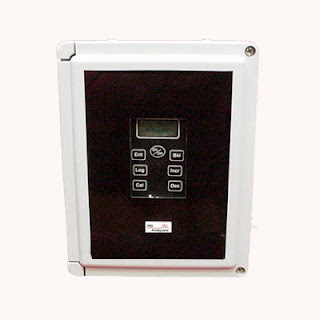 Another application involves leaking of VOC’s into basements of buildings. Leaks can come from contaminated soil or groundwater or even from landfills. This type of measurement, evaluation   of basements. The HNU  PID PI101 was first used to evaluate health problems in houses at Love Canal in 1975 by the NY Dept. of Health. Today’s instruments (DL102 or 112) can continuously monitor and log data over longer periods of time to evaluate potential sources of leaks. An 11.7 eV lamp can be used to detect many of the low MW chlorinated HC found in ground water and soil and a difference in the 10.6/11.7 ratio could alert the used to the presence of low MD chlorinated HC. Dataloggers can store data for many months and easily download data to a PC. A Model 112 can be equipped with a flame ionization detector (FID) and a PID so that methane and other VOC can be detected in the same analyzer. The 112 can be connected directly to the internet allowing remote users to view the data with any PC in their office.

We have had extensive experience supplying forensic equipment to the Indonesian National Police as well as experience with applied spectroscopy.