A two day symposium: New opportunities for recovery and conversion of fossil fuels

New Opportunities for Recovery and Conversion of Fossil Fuels by Jennifer Maclachlan
at February 25, 2014 No comments:

Cyber Security: What You Can Do to Protect Your Business: A Symposium & Panel Discussion at #ACSdallas

Cyber Security: What You Can Do to Protect Your Business: A Symposium and Panel Discussion on the SCHB trac... by Jennifer Maclachlan
at February 25, 2014 No comments:

Email ThisBlogThis!Share to TwitterShare to FacebookShare to Pinterest
Labels: #ACSDallas, #ACSSCHB, #entrepreneurs, #SCHB. resources for #startups, cyber security, cyber security what you can do to protect your business, internet security

Benefits of Chemistry in Our Lives

Benefits of Chemistry in our Lives - a Presidential Symposium (PRES Track) 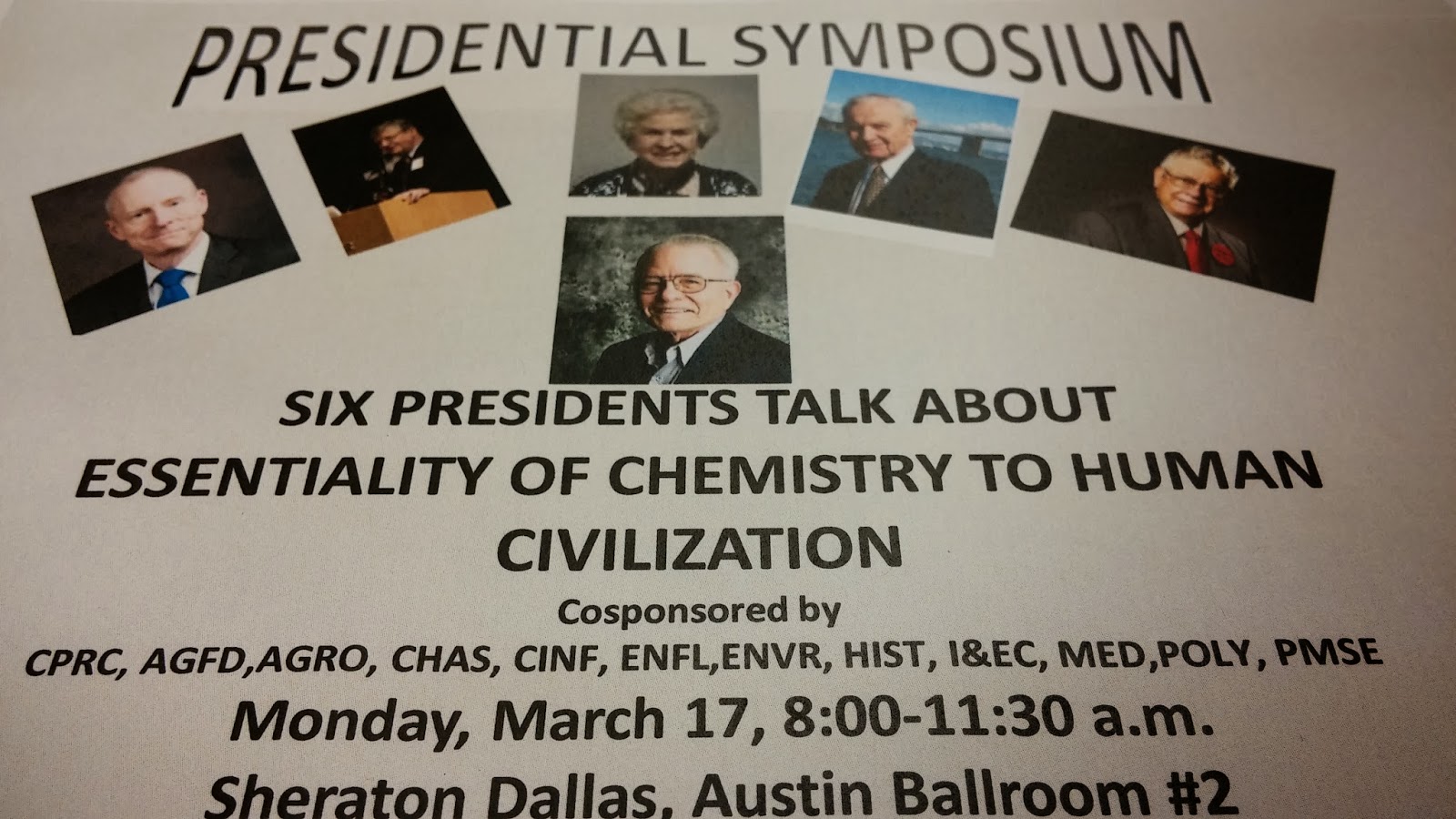 8:00 am 7 Why is it important to maintain the public image of chemistry? Thomas Barton

8:10 am 8 Contributions of chemistry to energy and transportationWilliam F. Carroll

8:35 am 9 Conversations on chemistry and the environment: Engaging chemists and the public Bassam Z Shakhashiri

9:50 am 12 How chemistry has improved our food supplyElizabeth Ann Nalley

Email ThisBlogThis!Share to TwitterShare to FacebookShare to Pinterest
Labels: #ACSDallas, benefits of chemistry in our lives, presidential symposia, six ACS presidents talk about the essentiality of chemistry to human civilization

I attended the Cape Cod Regional STEM Strategy meeting Thursday afternoon February 13, 2014 hosted by Cape Cod Community College. This meeting was organized by the Southeastern Massachusetts STEM Network. Although currently a part of the SE Mass STEM Network, the Cape and Islands is preparing to get their own STEM network. The purpose of this meeting was to discuss the Cape Cod Regional STEM Strategy. We first got involved with the SEMASS STEM network in 2011 just after the Principal of a Plymouth, MA school attended our Cape Cod Science Cafe K-12 Healthy Kids event at the Sandwich Public Library. As a result of the press for the Healthy Kids Science Cafe we were contacted by the SE MASS STEM Coordinator, Katherine Honey to get involved in the SE Mass STEM Network. Since 2012, we have regularly attended regional meetings including the STEM Expo in 2012 and the STEM EXPO 2013 representing both PID Analyzers and the Northeastern Section of the American Chemical Society. 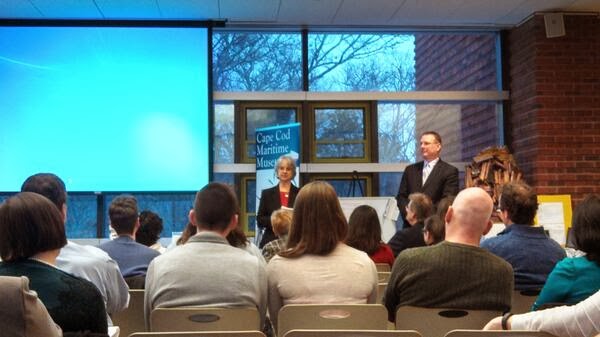 We then broke into five groups. Katherine had arranged for group facilitators in advance of the event. I was happy to serve as a facilitator.

The next Cape Cod Regional STEM Strategy Meeting will be hosted again by Cape Cod Community College on Friday March 14, 2014 from 1pm-5pm. Educators, business people and other interested community partners are invited to attend and participate in this Regional STEM initiative.

STEM Journey-for K-12 and Beyond at Cape Cod Community College by Jennifer Maclachlan
at February 14, 2014 No comments:

Presented at #ACSNOLA 2013 at the SCHB Sunday morning poster session and at SCIMIX.
Learn more at the SCHB web site.

Expand Your Network and Partner With SCHB by Jennifer Maclachlan
at February 13, 2014 No comments:

NESACS has been named a finalist in the 2014 ChemLuminary Award category at the ACS National Meeting in San Francisco August 12:
The NESACS outstanding continuing public relations program reached 25, 900 members of the general public in 2013 at 12 highly publicized outreach events using a variety of PR channels such as print news media, public television and social media to promote these events specific to families, educators-only, students-only and business professionals.

1)The American Association for the Advancement of Science AAAS Family Science Days in cooperation with the ACS Division of Small Chemical Businesses at the Hynes Convention Center in Boston, MA February 16 and 17, 2013. (3,700 attendees over two days). 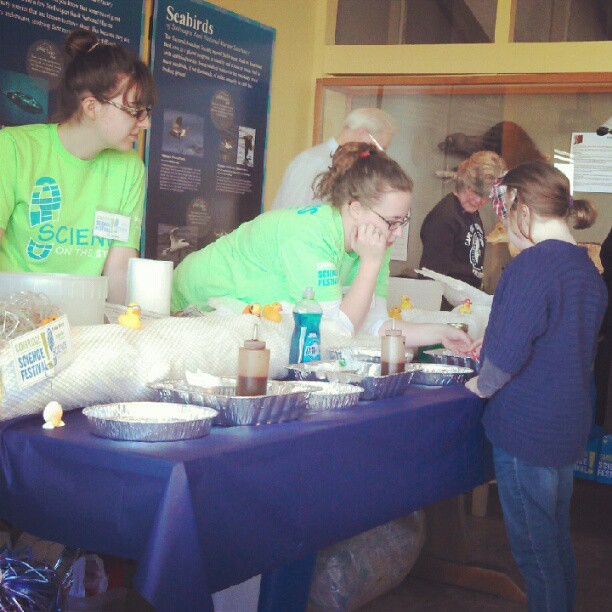 2) Science on the Street at the Museum of Natural History in Brewster, MA. NESACS was a "hands-on activity exhibitor" on March 23, 2013. This was the first in a continued annual event. We will be participating again in 2014. (500 attendees).


3) Cambridge Science Festival Science Carnival on Saturday April 13, 2013. NESACS Younger Chemists Committee staffed a table outside on the tennis courts at the Cambridge Public Library featuring the effect that acids and bases have on the body and how scientists use pH to learn about chemicals and liquids around us (15,000 attendees).


4) Chemists Celebrate Earth Day at the Museum of Science Boston. Original event was rescheduled from 4/21 to 4/28 due to the ongoing investigations and the potential threat to public safety due to the Boston Marathon tragedy. Event used the laboratory at the Museum of Science to conduct green chemistry and environmental chemistry experiments. With over 50 volunteers and 400 attendees.

5) Museum of Science Boston Sunday October 27, 2013. 3,000 attendees. This was the 12th annual NCW at the Museum of Science including the Phyllis A. Brauner Memorial Lecture which is a chemistry stage show delivered by Bassam Shakhashiri. 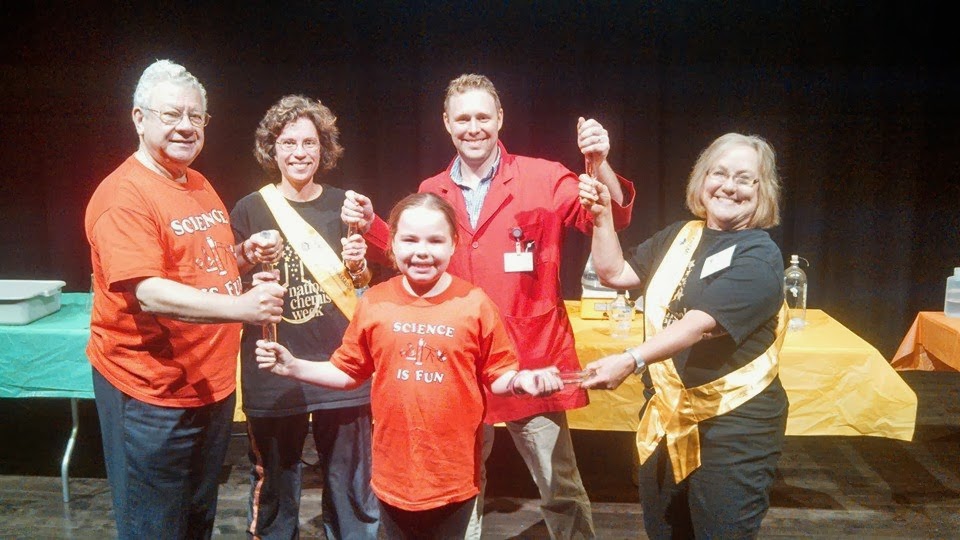 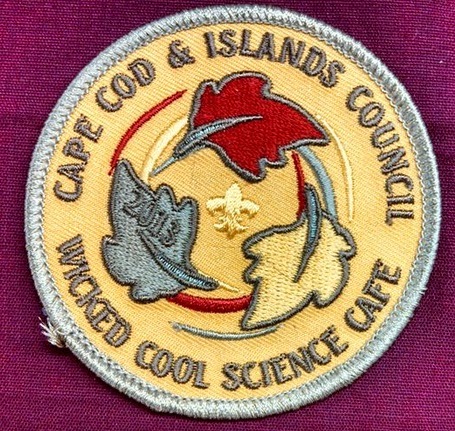 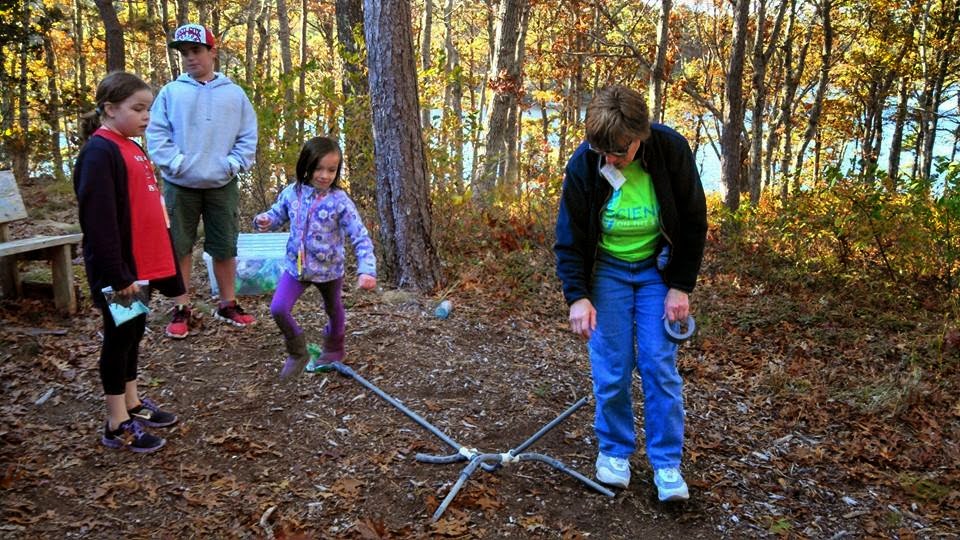 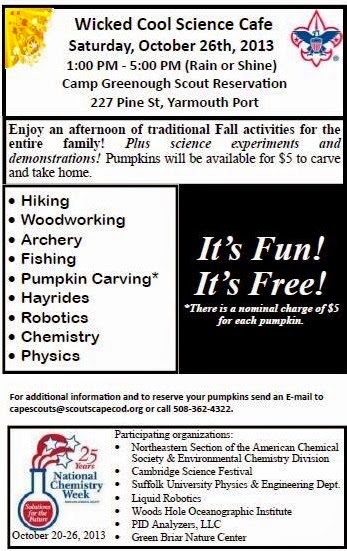 Educators Only Events: The Southeastern Massachusetts STEM group we connected with as a result of the NESACS IYC Cape Cod Science Café series and have, for the second consecutive year, represented NESACS at their expo. The Connections to Chemistry event is NESACS organized and has been a continuing education program for teachers for over a decade.


8) SE MASS STEM-EXPO at Bridgewater State University. 300 educators interested in STEM resources participated in this resource fair. We had an ACS/NESACS table featuring Chemistry Resources for Teachers from The American Chemical Society and programs for educators that are unique to our section such as Connections to Chemistry and High School Science Series. 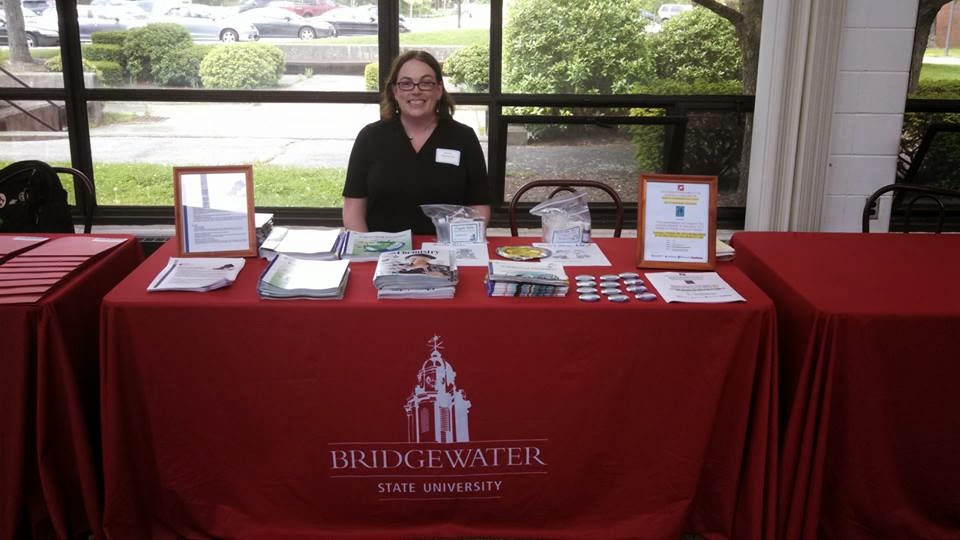 9) Connections to Chemistry
Each year in October, NESACS and the Education Committee of the Northeastern Section invite high school chemistry teachers to a program at Burlington High School (Burlington, MA) that includes choice of chemistry-based workshop and an evening lecture on a subject related to the NCW theme.35 teachers participated.

11) BMM Business Conference was organized by NESACS member, Mukund Chorghade and featured entrepreneurial speakers from NESACS and well as from ACS Board ofDirectors.
Here's the PR report Jack wrote about it. 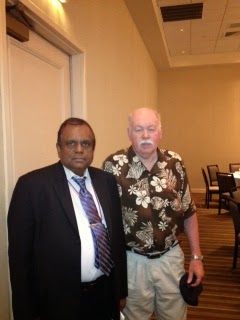 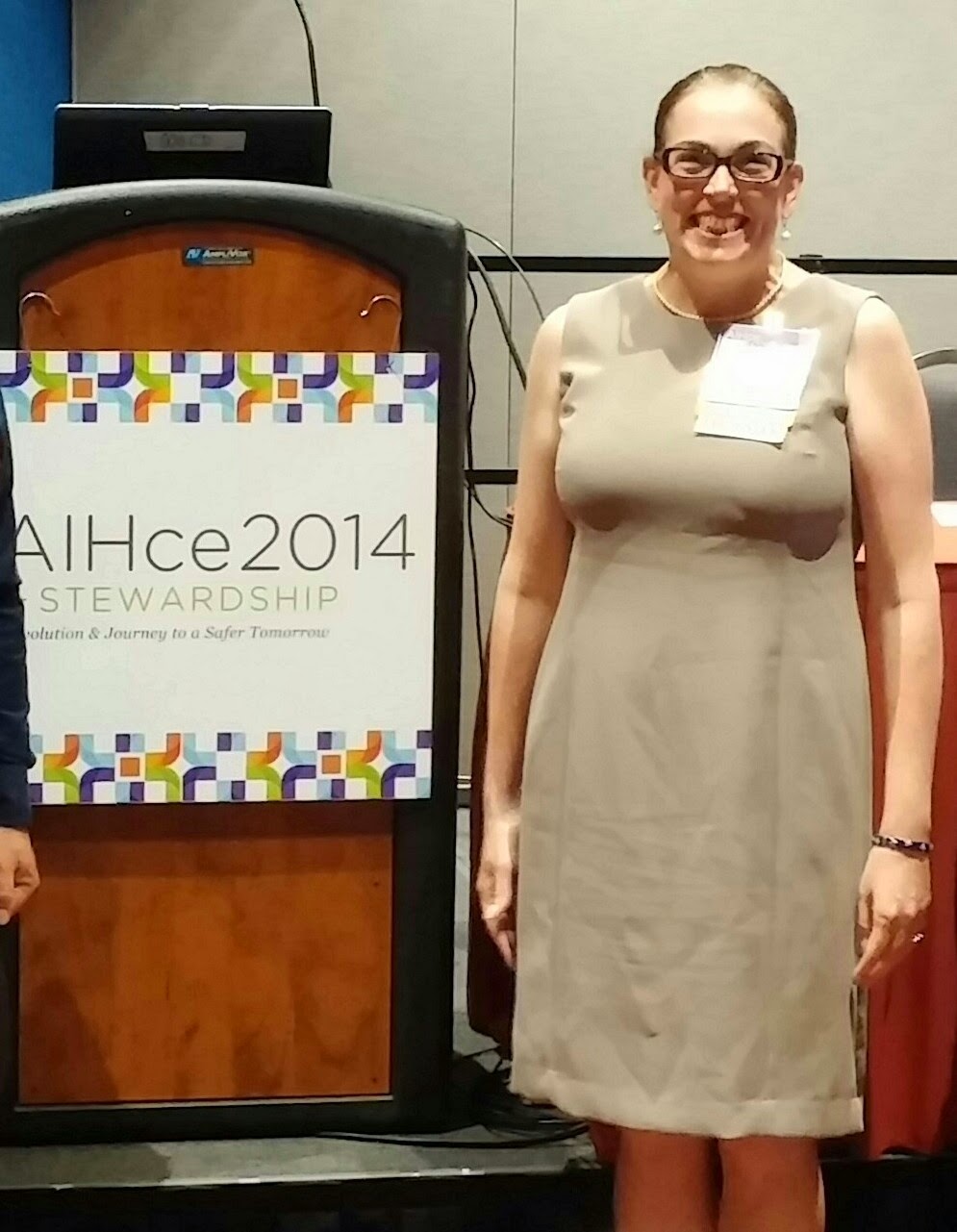 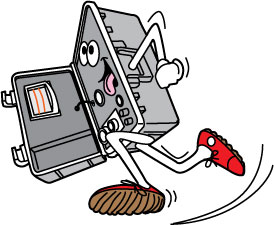 ABSTRACT BODY:
Objective: More than two dozen different chemicals have been used as fumigants for grain including organics like methyl bromide, inorganic chemicals like sulfuryl fluoride ,and even chemical agents such as cyanogen chloride. Deaths from fumigants have occurred in rail cars, ships, grain elevators, green houses, pest control … A field method for detecting common fumigants is essential since many workers encounter these dangerous chemicals which do not have OSHA field detection methods.

Methods: Utilizing a portable gas chromatograph Model GC312 equipped with a battery and weighing in at 26 pounds, this field tool can detect part per billion (ppb) levels of fumigants with a photoionization detector (PID). A 30M x 0.32 mm capillary with 5 or 10 micron methyl silicone film is used for separating gases and volatile compounds. The far UV absorbance (FUV) detector detects the low or sub ppm levels of a variety of hydrocarbons & low molecular weight (MW) gases such as hydrogen cyanide, sulfur dioxide, and sulfuryl fluoride that absorb at 126 nano meters (nm).

Results : Some of the common fumigants used today are methyl bromide, ethylene oxide, phosphine, and ethylene dibromide. All of these compounds can be detected at ppb levels by GC/PID with a thick film capillary column. The PID has a detection limit of < 5 ppb for PH3, and can detect part per trillion (ppt) levels of dibromochloro propane (PEL = 1ppb) by PID if the internal concentrator on the portable GC is used. The FUV can detect hydrogen cyanide, ethylene dichloride, dichloropropane, sulfur dioxide and sulfuryl fluoride at low or sub ppm levels. The detection limit for SO2 by FUV is 0.5 ppm.

Conclusions: A portable GC with a thick film cap column equipped with PID and Far UV detectors can detect the most common fumigants in use today at levels of 0.1 of the PEL. The portable GC is easily carried to the field and can be operational in about 20-30 minutes. It can detect the ten most common fumigants described above plus many of the more than two dozen chemicals used in fumigation.


Fumigation Analyzer by Jennifer Maclachlan
at February 04, 2014 No comments: