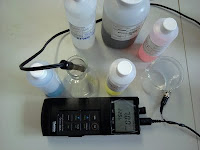 Join us tomorrow evening at the Cape Cod Science Cafe Q2 International Year of Chemistry celebration where we will have a live demonstration of the Global Water Experiment conducted by local area chemists. Click here for full event information and registration. 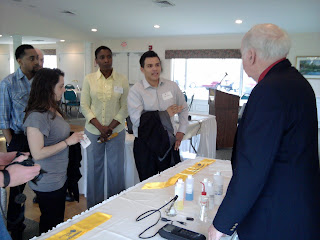 We're preparing our materials for the experiment and we will record the data on the Global Water Experiment website after the event. The goal is to have Cape Cod Science Cafe attendees and local area science educators partake in the world's largest chemistry experiment as a National Chemistry Week focused outreach exercise. Ideally we will encourage local college chemistry majors within the Northeastern region of the American Chemical Society  who attend the Cape Cod Science Cafes to mentor local high school students in their communities and get science educators to form teams to go into the K-12 schools in their neighborhoods. The Q4 celebration of the International Year of Chemistry will celebrate all the volunteers and attendees of the previous three Cape Cod Science Cafes featuring the local outreach experiences to school children in accordance with IYC Q4 theme: healthy kids. 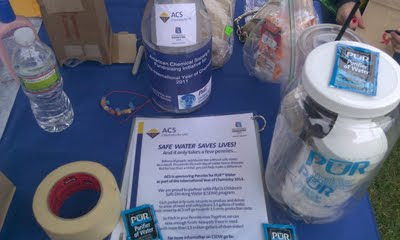 PID Analyzers has added a number of new IR sensors for monitoring the following compounds: N2O, ETO, EtOH. MeOH, IPA & CH3Br with the Model 202 IR Analyzer. This greatly expands  the capability and selectivity of our infrared analyzer line for monitoring industrial processes such as drying ovens, pill coating,  and ETO sterilizer vents.
We have developed a “hot IR sensor” option for the Model 202 since many VOC’s can be lost in conventional sample handling systems as a result of their solubility in water. The Analyzer temperature  is kept well above the dewpoint  at 45+/- 10C.
A cold weather option has also been developed that allows the Analyzer to operate properly at temperatures down to -350F.
at April 18, 2011 No comments:

GC Detectors: Low ppb Levels of BTEX in water by Headspace GC: "We have used a PID Analyzers GC312 (portable GC) with a photoionization detector (PID) http://www.hnu.com/ for analysis of VOC's in water us..."
at April 16, 2011 No comments:


From 6:30pm-7:30pm there will be a social hour with a cash bar. Complimentary soft drinks and food will be provided. This gives attendees a chance to socialize and network before the start of the program.

Questions will be addressed after each speaker
REGISTER HERE
Those folks wishing to spend the evening or weekend on Cape Cod these are some local area hotels: Hyannis Harbor Hotel, Heritage House Hotel, Econolodge Hyannis, Cape Codder Resort & Spa.
It is recommended to check rates on Hotels.com as well as with the property directly for the best rate.

Are you a Tweeter? Please use hashtag #ccscicafe and #IYC2011 when Tweeting about this event.

Fred Spaziani was the co-founder of  HNU Systems. He and Jack Driscoll developed the first commercial photoionization detector that is now the most important method for measuring volatile organic compounds. Fred left us at too early an age and the award is to help students in science or engineering to reach their full potential.
at April 13, 2011 No comments: 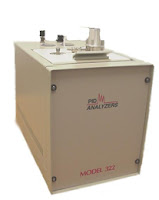 Electronics Technician:
Now hiring an electronics technician who has a  minimum of 2 years experience in  repairing instrumentation. Job location is in Sandwich, MA with PID Analyzers. Contact Dr. Jack Driscoll via email

Mechanical Assembler:
Now hiring a mechanical assembler who has a  minimum of 2 years experience in  assembling instrumentation. Job location is in Sandwich, MA with PID Analyzers. Contact Dr. Jack Driscoll via email
at April 11, 2011 No comments: 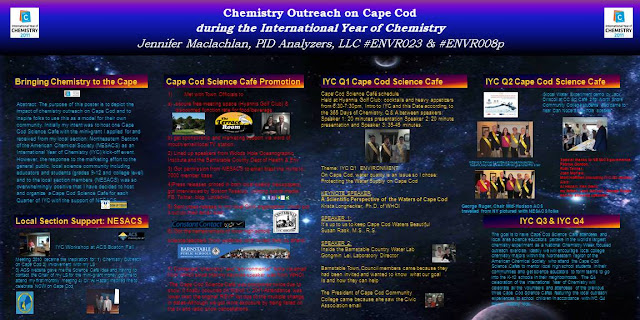 Abstract: The purpose of this poster is to depict the impact of chemistry outreach on Cape Cod and to inspire folks to use this as a model for their own community. Initially my intent was to host one Cape Cod Science Cafe with the mini-grant I applied for and received from my local section: Northeastern Section of the American Chemical Society (NESACS) as an International Year of Chemistry (IYC) kick-off event. However, the response to the marketing effort to the general public, local science community including educators and students (grades 9-12 and college level) and to the local section members (NESACS) was so overwhelmingly positive that I have decided to host and organize a Cape Cod Science Cafe for each Quarter of IYC with the support of NESACS.

Professional Experience: Research Associate, WHO Collaborating Center
for Research in Human Reproduction (Shanghai, China, 1982-1987); Postdoctoral
fellowship, Chemistry Department, Harvard University, (1993-1996); Research Associate,
Molecular and Cellular Biology Department, Harvard University (1996-1998); Department Associate, Molecular and Cellular Biology Department, Harvard University (1998-present); Scientist, Sepracor Inc., (1998-2000); Senior Scientist,
Sepracor Inc., (2000-01), Associate Director, Sepracor Inc., (2001-2005),
Director (2005-2008), Senior Director, Sepracor Inc., (2008-2010); Senior
Director, Sunovion Pharmaceutical Inc., (2010-present).
ACS/NESACS Service: Chair of Medicinal Chemistry Group/NESACS
(2006-present), Alternate councilor, NESACS (2006-present), NESACS Government Relations Committee (2008-present).
Statement: NESACS is one of the largest and more influential sections of the American Chemical Society. NESACS has a long and rich history. The Section’s base covers many academic institutions and a broad range of chemical, pharmaceutical and biotech
companies. The diversity of the people and the organization make this chemistry
community quite dynamic and vibrant. 2011 is the International Year
of Chemistry (IYC 2011) to celebrate worldwide the achievements of chemistry
and its contributions to the well being of humankind under the unifying
theme “Chemistry—our life, our future.” It is a great honor to be a candidate
for Chair-Elect this year for the opportunity to help achieve NESACS’
and IYC’s goals of generating enthusiasm for the creative future of chemistry.
Since 2006, I had the honor of serving NESACS as a member of the
board of directors as well as the chair of the Medicinal Chemistry Group (MCG) of NESACS, where I organized a number of symposia that brought together academic and industrial
scientists for lively discussions on “Building bridges between the pharmaceutical
industry and academia,” “Outsourcing in Asia,” “Ion Channels drug
discovery” and “New approaches on depression.” The exchange of ideas and initiation of partnerships that these symposia encouraged and nurtured is at the core of the spirit I would bring to the office of Chair-Elect of NESACS. As Chair, I would like to expand the amount of cross-functional activity in NESACS between the different NESACS groups (MCG, YCC
(Younger Chemists Committee), Continuing Education, Government Relations and Chemical Education); for example, local medicinal chemists of the MCG could be encouraged to support
the Chemical Education group by making trips to local high schools foroutreach. As Chair, I would also help enhance international cooperation by supporting an expansion in the number
of “international” symposia, and exchange program that bring academic
and industrial scientists based in Europe and Asia to NESACS events to
share ideas and network. As Chair I would sponsor work-shops to help
local scientists with their career development. Finally, I would proactively
reach out to students and our local communities to increase the public
appreciation of chemistry in meeting world needs, to encourage interest in chemistry among young people and to increase membership and attendance at
NESACS events and meetings. The NESACS is a very active organization full of talented chemists that I’ve served for the last several years as chair of the MCG and I would like to continue that service as Chair-Elect. Thank you for your consideration and your support. I look forward to seeing you at local NESACS/IYC events in 2011.

Petition candidates: “Any group comprising
2 percent or more of the members
of the Northeastern Section (136
members) may nominate candidates….”
See the NESACS website
for details.
at April 06, 2011 No comments: