The second ever Tweetup for the American Chemical Society Community was held in the evening during the ACS National Meeting on Monday August 23, 2010 at 8pm at Anthony's Pier 4 Restaurant on Boston Harbor. 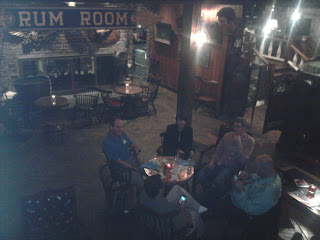 Anthony's Pier 4 was the selected venue because it remains one of my favorite places in Boston. I have so many fond memories of the dining experience at Anthony's Pier 4; we would go there for special family events which included birthday celebrations, graduations, receptions and weddings.
I remember the strict dress code back in the early 1980's and watching as men squeezed into the "house" suit coats and ties; grumbling about how they didn't fit properly or didn't match. The implication however, would be perhaps the next time they would come in properly dressed for dinner. My mother would always insist on a table by the window but in actuality every table boasted spectacular views of Boston Harbor.

The Ladies Powder room upstairs was fit for a princess with pink walls and ample mirror space for ease of hair teasing and makeup reapplication. This was a perfect time waster for my sister and I while waiting for our "Glover Salad" after delighting in the chesse and crackers, marinated mushrooms and buttery fresh baked popovers.

I thought about the really popular hot spots in Boston where we could Meet up and Tweetup and instead choose Anthony's Pier 4 because of it's rich Boston history and Boston ambiance. The family owned Anthony's Pier 4 welcomed our Twitter Group when I described it over the phone to them and they agreed to let us use their Lounge (which normally functions as the room where those waiting for their reservations have a refreshment or cocktail while their table is prepared). We relished the opportunity to converse amongst ourselves and get aquainted with the little group that came to Tweet-Up with us. Special thanks goes out to my good friend, Ken Grant of Analtech, who kept the party rolling with his laptop full of social media presentation goodies and to the folks who came out to socialize with a few ACS Tweeters on such a damp and windy August night.

We're looking forward to TweetingUp in Anaheim in 2011 and we'll make sure we don't schedule it during SCI-MIX.
at August 29, 2010 No comments:

ACS TweetUp at the Expo 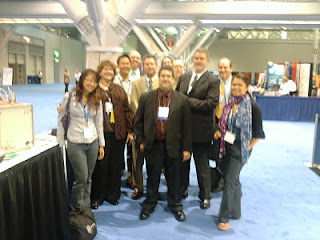 The American Chemical Society Tweetup at the Expo was held at Booth #236 at 4PM on Monday August 23, 2010 at the Boston Convention & Exposition Center in South Boston. This event lasted almost an hour and was well attended considering that it was held during expo hours and the technical sessions. Discussion topics included current use of social media, recent improvements to the ACS Network and the extremely active Twitterfeed and Twitter Cloud using the #acs_Boston hashtag. Participants in this event included ungergrads, exhibitors, attendees, ACS Employees, ACS Committee Members and media. This ACS National Meeting Boston Tweetup is considered to be the first Tweetup for the ACS Community.
at August 29, 2010 No comments: 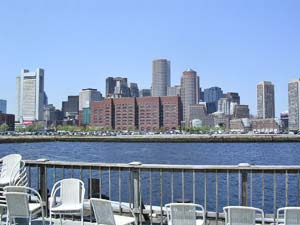 We've got two confirmed Social Media Events scheduled on Monday August 23, 2010 one in the EXPO and the second in the evening at an off-site location.

If you are in attendance at the National Meeting at the Boston Convention & Exposition Center (BCEC) located at 415 Summer Street, Boston at 4pm on Monday August 23, 2010, come by ACS expo booth #236 for "A Gathering of the social media peeps at the ACS National Meeting". All registered attendees/exhibitors are welcome to join us at this informal social media gathering to discuss their experience and use of social media in academia, research, government and industry. Additional discussion will be on how to utilize social media marketing to promote the upcoming International Year of Chemistry (IYC2011).

Evening Tweet-Up: Open event to Social Media Users in town for the ACS National Meeting and Local Tweeters in the Boston area. Anthony's Pier 4 welcomes our Twitter Group to meet in their lounge at 8pm on Monday August 23, 2010 at 140 Northern Avenue, Boston, MA 617-482-6262 (located on Boston Harbor-above is a daytime picture of the view from Anthony's Pier 4). This location is within walking distance from the BCEC. Spread the word.
at August 12, 2010 No comments:

Attending the ACS National Meeting in Boston? Make sure to stop by our booth # 236 and check out our latest products in the following product catagories: Gas Chromatography Instrument & Accessories, GC Detectors, GC Systems and Industrial Hygiene & Safety at the 240th American Chemical Society National Exposition at the Boston Convention and Exhibition Center August 22-25, 2010. Follow the action on Twitter by searching #acs_bos.
at August 09, 2010 No comments: