An afternoon in the life of a chemistry ambassador 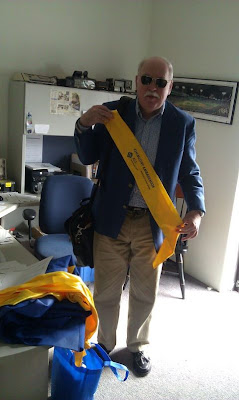 Today (Feb. 27, 2012) I visited the Cold Springs Elementary School in Plymouth, MA. I had met the Principal (Mrs. Laura Dolloff) at our 4thCape Cod Science Café in Dec. 2011. Two of the teachers were interested in starting a science club and my visit would kick it off. I brought a few slides to explain pH and three water samples (pH range 5-11) to provide a bit of color for the pH paper test. We had nearly 100 students from grades 2-5. When I asked for volunteers, everyone raised their hands. One of the teachers commented that some of those kids never volunteer for anything, I picked two boys and a girl who were very excited. About 10 children used the pH paper before  their buses were there. 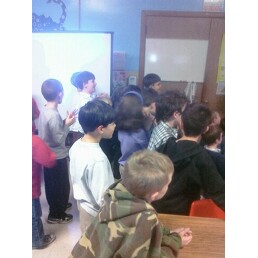 I explained that science can be more difficult than geography but we live in a very technological society and it will be even more so in your generation. I mentioned a Dick Tracy comic strip in the 1950’s where his “TV watch” was used to communicate with HQ. Now 60 years later, that technology is available in the I Phone. I asked how many of you have cell phones and 80% raised their hands. This surprised the teachers.

I showed them the portable VOC analyzer that we manufacture in Sandwich and the class got very excited. 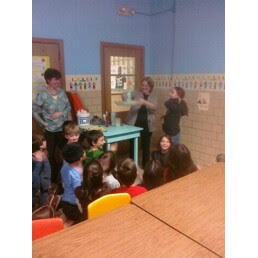 Kim Williams, who teaches 4th  and  5th grade science did an experiment called "elephant tooth paste" and the kids loved it!

I had at least a half dozen kids come up to me and tell me that they loved science. That made it all worthwhile.

I talked to the two teachers for about an hour after the talk discussing NESACS programs with Boston MOS and Boston Children’s Museum, Cambridge Science Festival, SE MA STEM EXPO and various ACS programs and experiments for schools. I suggested that they become chemistrv ambassadors and look for videos of Bassam Shakhashiri experiments on you tube that would be interesting for their students...by Jack Driscoll
at February 27, 2012 No comments:

How Can We Sustain Our Chemistry Outreach Beyond #IYC2011? With #IYCplus1 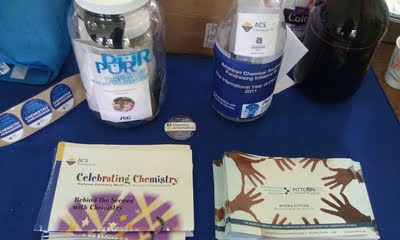 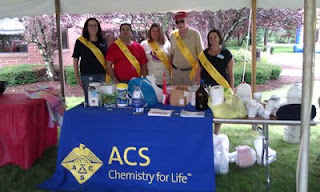 Join us Tuesday morning March 13, 2012  in Room 311F  of the Orange County Convention Center, Orlando, FLA at our PITTCON Conferee Networking Session where the topic of discussion will be:
How Can We Sustain Our Chemistry Outreach Beyond the International Year of Chemistry?
Facilitated by: Jennifer Maclachlan and George Ruger. 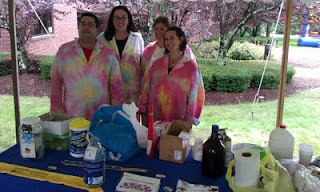 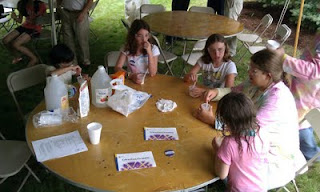 Jennifer and George are both *Chemistry Ambassadors* and participated in several International Year of Chemistry community outreach events in 2011 including the Greater Boston Mass Spec Discussion Group Annual Family picnic. Read the press we got on this here. 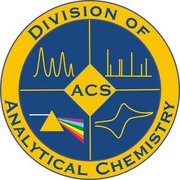 
ACS DIVISION OF ANALYTICAL CHEMISTRY WEBSITE
at February 23, 2012 No comments:

The 2012 AAAS Annual meeting is taking place in Vancouver, Canada from February 16-20, 2012 #AAASMtg.  The AAAS contains members of the various scientific disciplines.  One of those is Chemistry.

Last year was 2011, The International Year ofChemistry!  Throughout the whole year, the accomplishments of Chemists and the field of Chemistry were celebrated at events nationwide and worldwide.  The four themes of IYC 2011, Environment, Energy, Materials, and Health, one for each quarter, were showcased by events and talks.

Scientists worldwide celebrated IYC 2011 and held events to teach the public about the importance of not just Chemistry, but all of the STEM related fields and the Natural Sciences.   The AAAS did their part by having posters and banners letting everyone who visited the meeting know what year it was.  There were IYC related activities worked into the meeting schedule.

As a Chemist, I know how important all the sciences are to the world around us.  Having attended the last two AAAS meetings, I can see a great diversity in the fields that other scientists choose to work in and to study.  The AAAS does a great job in bringing all these fields together in one place and exposing the attendees to areas that they do not see in their regular work.  While most scientific conferences are focused on a narrow range of topics related directly to that field, the AAAS does a great job showcasing many different fields. 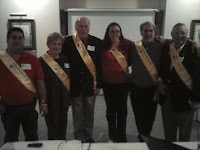 We, George Ruger (@gruger04) and Jennifer Maclachlan (@pidgirl) will be unable to attend this year’s meeting.  We will be in attendance next year when the meeting is in Boston, Massachusetts.  And we will be bringing our own brand of Chemistry to the event.  See some of our links below.  The New England area has many colleges and businesses, so there will be a large cross section of the sciences represented by local companies and professionals.  We look forward to seeing many of you from out of town in attendance as well.

There are many things to do after the meeting as well.  We hope that you all had the chance to enjoy Alison’s @AC_at_work   Social Media Soiree in Vancouver.  We hope to see it again in Boston!!  And perhaps next year you can see how we do social media events ACS style!  We promise to pick a different night of the week.  We are no match for Alison, and we know it! -George Ruger
at February 19, 2012 No comments:

@pidguy a.k.a. Dr. Jack Driscoll is facilitating a conferee networking session on Sunday March 11, 2012 with @pidgirl a.k.a. Jennifer Maclachlan
addressing the question How can the modern analytical chemist overcome the barriers of new method introduction? Click here for session info. 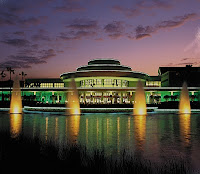 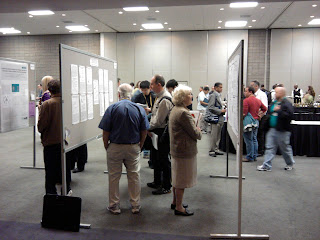 Analysis of volatile and semivolatile VOC's in waste oils 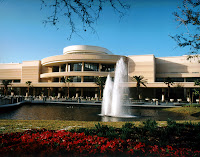 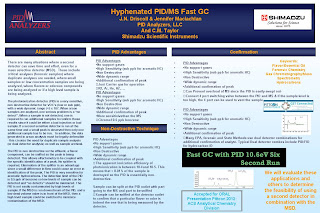 Advantages of a Hyphenated PID/MS Combination for GC Applications 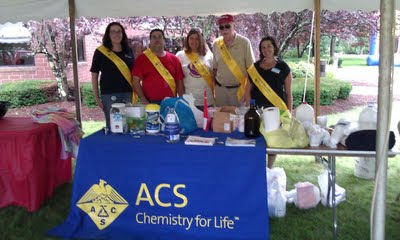 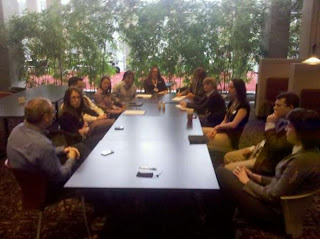 Tuesday morning 8:30am-10:30am another networking opportunity for all you Chemistry Ambassadors out there: 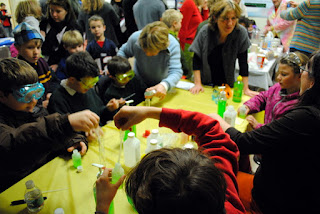 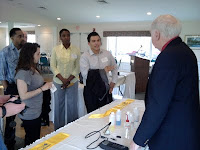 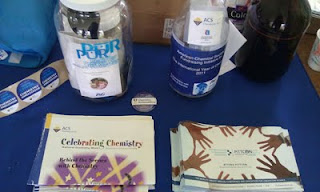 How can we sustain our chemistry outreach beyond the International Year of Chemistry? Click here for abstract.

Rapid Separations on a Portable GC with Resistively Heated Columns

Objective- The analysis times for NIOSH ketone and aromatics methods (# 1301, 1501 & 2005) are between 25-35 minutes. The time consuming operations are the long ramping and cooling times required. The other difficulty is that if peaks are not adequately resolved, other components could interfere with the analysis. We will employ resistively heated columns to reduce the total analysis times by 50-60% to 12-15 minutes and use the PID/FID response ratios to enhance identification of components of interest. These ratios have been used previously (1) to identify the molecular structure of hydrocarbons.

Methods- A PID Analyzers compact GC (<20#) with an external laptop will be used for the analysis that incorporates  new technology developed by VICI  that takes  polyimide-coated fused silica (FST) and removes  the polyimide layer. Then the (FST) is electroplated with nickel.  As a result of the superior heat transfer of the electroplated nickel, we are able to  rapidly and efficiently heat and achieve excellent resolution for a 30M capillary column. A mini-FID was designed that will easy attach to the outlet of the PID taking a single detector port and providing improved identification of components.

Results –For  the initial runs with the series of 12 ketones (NIOSH #1301), we were able to separate 10 of the components by just increasing the ramp rate from 10o/min to 200 /min. The final time for analysis was 11 minutes. We do have 8 ramp rates and 4 cooling fan rates so with an additional ramp, we should be able to separate methyl amyl ketone and ethyl amyl ketone and use a faster fan rate to reduce the cool down time. For NIOSH Method #1501, we were able to separate 15 of the 17 compounds in 14 minutes instead of 35 minutes. We were not able to separate nitrobenzene and naphthalene but there is a such a significant difference in the PID/FID response ratio that each of the components can be easily identified.

Conclusions
We have shown that the resistively heated columns can be used to improve both separations & time of analysis. The use of a second detector (FID) for confirmation of peak identity is more helpful for faster separations where complete resolution is not attained.