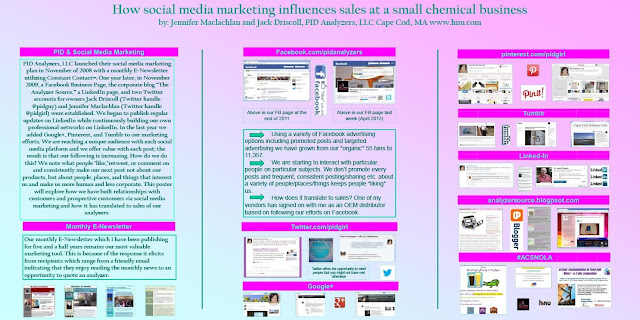 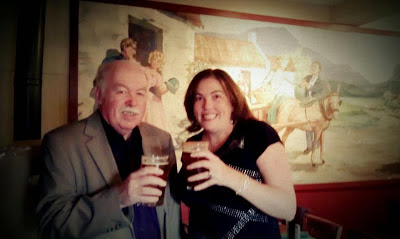 PID Analyzers, LLC launched their social media marketing plan in November of 2008 with a monthly E-Newsletter utilizing Constant ContactTM. One year later, in November 2009, a Facebook Business Page, the corporate blog “The Analyzer Source,” a LinkedIn page, and two Twitter accounts for owners Jack Driscoll (Twitter handle @pidguy) and Jennifer Maclachlan (Twitter handle @pidgirl) were established. We began to publish regular updates on LinkedIn while continuously building our own professional networks on LinkedIn. In the last year we added Google+, Pinterest, and Tumblr to our marketing efforts. We are reaching a unique audience with each social media platform and we offer value with each post; the result is that our following is increasing. How do we do this? We note what people "like,"retweet, or comment on and consistently make our next post not about our products, but about people, places, and things that interest us and make us more human and less corporate. This poster will explore how we have built relationships with customers and prospective customers via social media marketing and how it has translated to sales of our analyzers.
at December 24, 2012 19 comments: 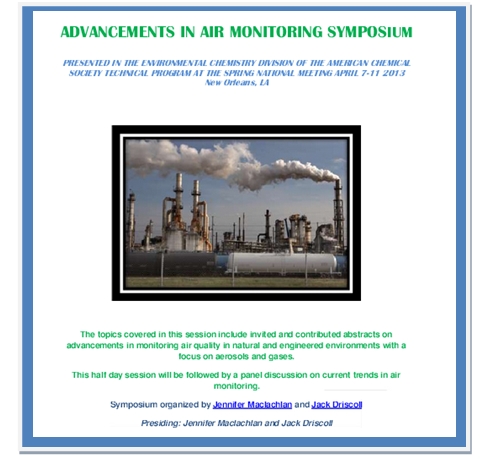 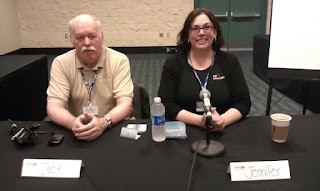 Title: Monitoring ppb levels of ambient air pollutants via hyphenated techniques: HRGC/ in-series selective detection
Abstract Body: High resolution gas chromatography (HRGC) with a capillary column (50,000 to 100,000 theoretical plates) is an efficient and effective means for separation of a complex mixture of chemicals in the ambient air. Since retention times are used for identification, either a second column with a different polarity or the ratio of two detectors are used to confirm the identity of various solutes in a number of USEPA methods. The photoionization detector [1] is a very sensitive (0.5 ppt benzene (VOC's) and non-destructive detector (second detector can be run in-series) for volatile and semivolatile organic compounds. The PID/FID method was described more than 30 years ago [2] for identification of natural gas components, and has been used more recently for identification of ambient hydrocarbons. In a similar manner, a flame photometric detector (FPD) can be used in conjunction with the PID to identify S or P compounds in the air. A PID Analyzers Model 322 Automatic GC with temperature programming and a PID/FID or a PID/FPD was used for these measurements. The ambient measurements were made near our Cape Cod, MA facility which is at the perimeter of the Mass Military Reservation.
References
1. Driscoll, J.N., “Gas Chromatography in Environmental Analysis” Environmental Instrumentation Handbook, Wiley , NY (2005)
2. Driscoll, et al., "Gas Chromatographic Detection and Identification of Aromatic and Aliphatic Hydrocarbons in Complex Mixtures by Coupling Photoionization and Flame Ionization Detectors," J. Chrom., 158, 171 (1978).
at December 22, 2012 No comments: