Included in the 2012 Technical Program at Eastern Analytical Symposium & Exposition 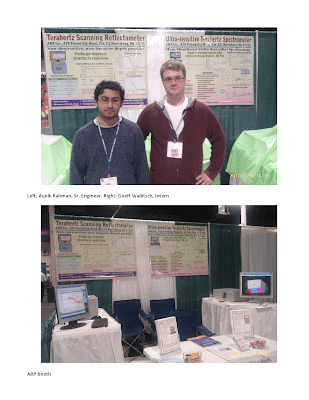 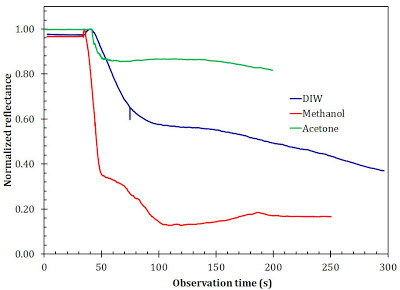 For more information or to request a copy of the presentation(s) contact Anis Rahman.

Stay tuned for information on the upcoming Terahertz Spectroscopy thematic programming in the Analytical Chemistry Division and co-sponsored by the Division of Small Chemical Businesses at the American Chemical Society Spring National Meeting. 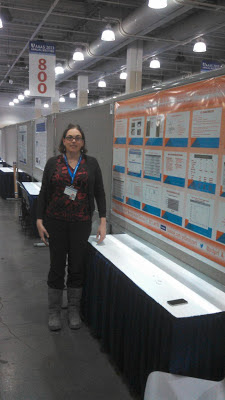 The first commercial PID was introduced at the Pittsburgh Conference  in 1976 by HNU Systems. This detector was found to be 50-100 times more sensitive than the flame ionization detector (FID). The PID has  gone through several redesigns since then and has found a niche in environmental EPA 502,  602, 8040 etc. and trace (ppb) analysis with more than 15,000 units sold. 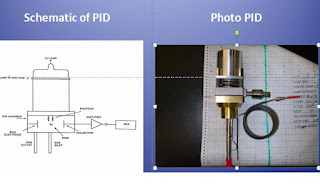 The fourth generation PID that has been developed has improved noise characteristics in the lamp circuit and in the electrometer. The high voltage circuit employs a Cockcroft Walton  multiplier and uses a constant current source instead of a constant voltage design that was used in previous PID’s. This  has resulted in a 20-30% reduction in the background noise level and allowed  us to achieve sub pg detection levels for aromatic compounds and hydrides.  This poster will illustrate the chromatographic improvements achieved with this fourth generation PID.

A Sensitive Method for the Measurement of Inorganic Arsenic in Apple Juice: Hydride Generation (HG)/Photoionization (PID) 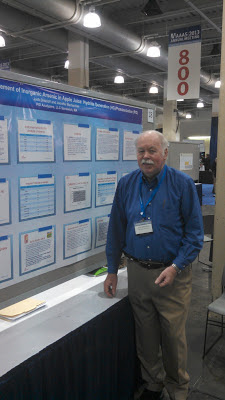 Accepted for presentation in the Sunday Poster Session at AAAS Boston February 17, 2013 at the Hynes Convention Center Boston, MA 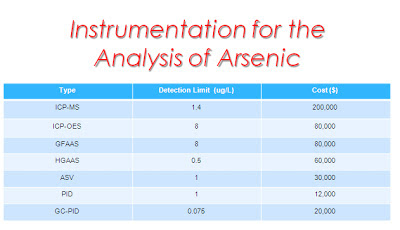 In January of 2012, Consumer Reports found 10% of apple juice samples tested from five brands had total arsenic levels above the drinking water standard of 10 parts per billion. Most of that arsenic was inorganic arsenic, a known carcinogen. American apple juice is made from apple concentrate, a majority of which is imported from China. Inorganic Arsenic has been detected as AsH3 following hydride reduction and AA or ICP MS. The cost of these types of spectrometers is in the $60-200K price range. 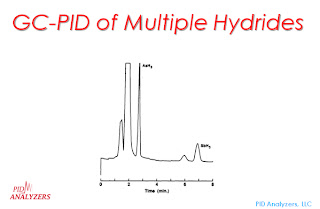 Many labs would have to choose the older colorimetric methods but we have developed and modified the a simple and sensitive hydride generation-PID method for arsenic in water analysis at ppb levels (1) to work with food and juice. The system cost is a fraction of the $60K spectrometer price. 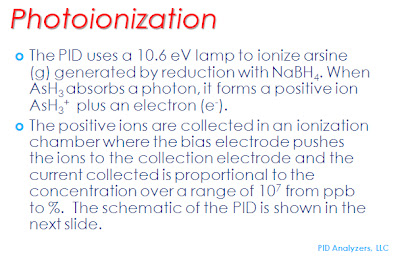 We will describe the modifications of a new method for arsenic in apple juice.

1.       Driscoll, JN and GA Cutter, “Total and Speciated Arsenic Compounds in Water by Photoionization and Gas Chromatography/PID”in "Toxic Trace Metal Remobilization & Remediation - A Geochemical Body of Work" to be published by the ACS (2012)
at November 13, 2012 No comments:

Email ThisBlogThis!Share to TwitterShare to FacebookShare to Pinterest
Labels: #AAASBoston, #aaasmeeting, arsenic in food, arsenic in juice by GC/PID

PID then and now

The Model 102+ is a considerably upgraded replacement for our Model PI101, HW101, DL101, 101N, and ISPI101 (analyzer group photo above). It has enhanced features such as a faster response time, extended range, elimination of any moisture sensitivity, capability of having up to 4 sensors plus a ppb range, and improvements such as a library of compounds, pump and datalogging. 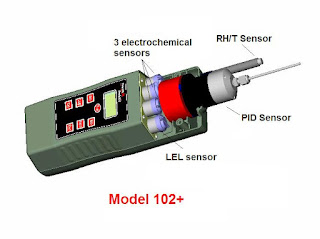 Snap on Heads
Unique Snap on Heads are available only from PID. For the model 102, the lamps are in Snap on Heads that are optimized for each lamp. The readout unit recognizes the head type and calibration factors when the heads are interchanged.
Sensors 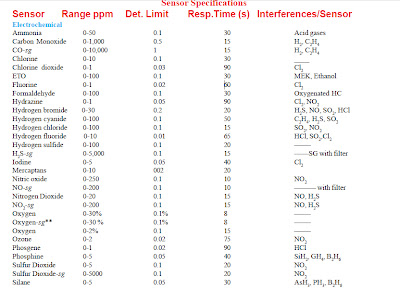 Optional ppb range for PID, capable of adding 1-3 optional sensors such as 30+ Electrochemical sensors, IR (4) or Thermal Conductivity Detector or Combustible Gas (CG).
Lamps
Our 11.7 lamp is the only stable one available as a result of our development of the first 11.7 eV lamp nearly 30 years ago. Our 10.2/10.6 eV lamps remain the best in the business since we developed them over 30 years ago.
Headspace Software
The accuracy of VOC measurements in soil and water is greatly improved with the built in software method. No operator interpolation is required.
Single piece construction
The single piece construction (when the head and readout units are snapped together) of ABS plastic is very rugged and durable
Ease of calibration
The two point calibration for the PID uses an electronic zero (no zero gas needed) and a span gas. The time to calibrate is about 10 seconds. The Cal button is located on the main menu for ease of use. Jack Driscoll leads the user through the simple calibration procedure.

Datalogging
Manual or automatic datalogging (7,000 points) is available. The 102 has a built in real time clock. Viewer software (Windows 98-XP compatible) comes with the 102
Library
There are libraries for the 9.5, 10.7 and 11,7 lamps that are easily accessible. There are more than 300 response factors built into the 102
Display
Our 2 line by 16 character display can be backlit. The upper display and the bottom display provides the Lamp eV, units, alarm and logging mode.
ADC
Our 16 bit ADC provides a resolution of 1 part in 64,000 and our signal algorithm minimizes noise by signal averaging in the msec range
Programmable Voltage output
0-1VDC

Could it Be? Halloween without Snow?

For anyone familiar with last year's Halloween event at Dutchess Stadium courtesy of the Hudson Valley Renegades, you know that it was right after the first, and biggest, snowstorm of the region.

Not to be outdone in 2012, this year Halloween was preceded by Hurricane Sandy, or as some called her, the Frankenstorm.  While the storm left quite a mess to clean up, there was still time to stop briefly and reflect on the true meaning of Halloween- CANDY, with a little bit of Chemistry mixed in.

The event hosted over 1,000 attendees.  We had kids all dressed up and ready to get candy from about 20 vendors.  Many of the vendors were sponsors of various games during the season.  The primary sponsor, TEG FCU, made it all possible for the event to be free of charge to the public. 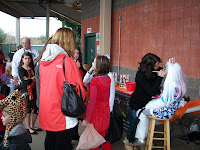 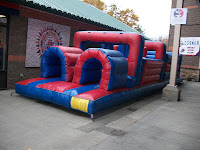 There was face painting, pumpkin and Renegades hats decorating, food, and a bouncy house of course.  Plus happy kids getting loaded up on sugar and chocolate, and so were some of the parents too!

And what about the Chemistry you ask?  Well, the Mid Hudson section brought their own twist to the holiday, and showed some Chemistry in between giving out handfulls of candy.  There was the now classic pH testing of drinking water (pH of around 7) and soda (pH about 3)  Yes, that nice beverage to wash down all that sugary goodness is on the acidic side.  It may taste good, but not quite so good for your teeth.  Not so much for the rest of you either! 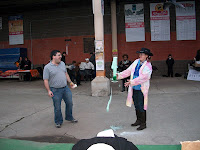 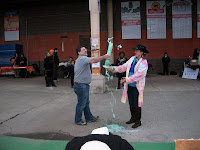 We also had our chemical volcano- the good old baking soda and vinegar trick, with some added color of the Blood of the Dead!!  Ok, it was food coloring- Don't call OSHA or anything.  We tried various colors, red, green, blue, purple.  Purple is quite popular among kids.  Yellow- not so much.

A new adventure for our Halloween event was the good old soda and mentos rockets experiment.  Sadly, they did not work very well.  They definitely work better at Summer Camp when it is warm out, not as much when the mercury drops.  See, there is always something to be learned about Chemistry- even during Halloween!
A special thank you to our hosts the Hudson Valley Renegades, and to our reporter on the scene and newest Chemistry Ambassador, Stefanie at HappyHudsonValley.com
We hope to see more people next year.

Gonsalves: Explore the allure of culinary chemistry | CapeCodOnline.com
at November 01, 2012 No comments: